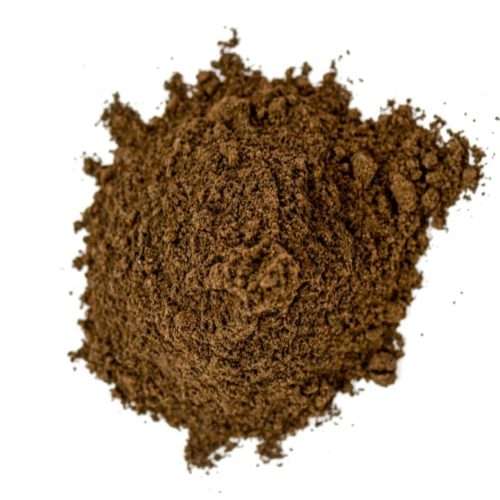 Form: powder that can be mixed with water, juice or tea to be consumed

Shilajit is plant matter that decomposed centuries ago and became preserved as a result of the pressure of the mountains. Plants are the source of our food and humus is the source of plant food. Unlike other soil humus, Shilajit humus consists of 60 – 80% organic mass.

Fulvic Acid is the active ingredient in Shilajit.

•Fulvic Acid increases the core energy responsible for your sexual and spiritual power.

•Fulvic Acid counteracts debility and general fatigue. In Sanskrit the literal meaning of Shilajit is Rock Like – the power to make our body like a rock enabling it to withstand the ravages of time. Shilajit has the unmatched powers of arresting and reversing the aging process.

Recommended dose for Shilajit is 1/4 teaspoon of powder. Shilajit can be taken with food or on an empty stomach, but empty stomach is better for detoxification purposes.