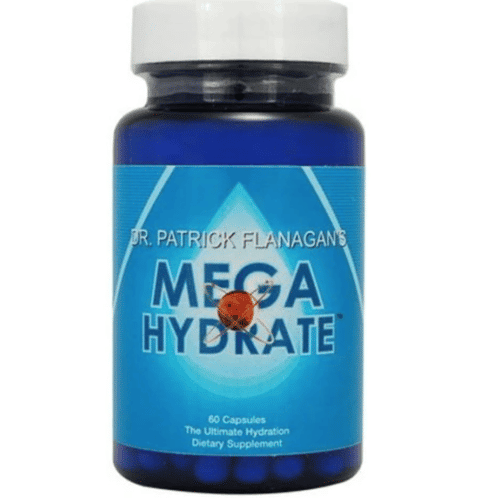 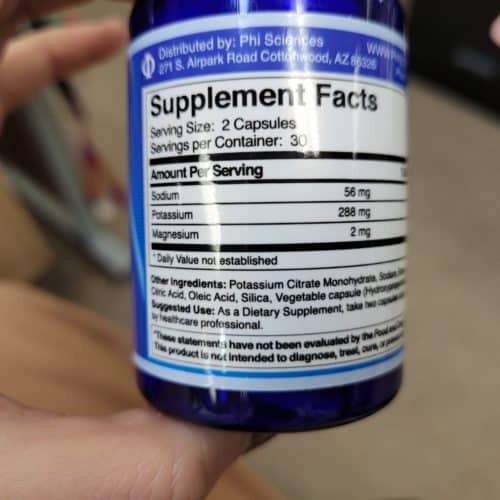 MegaHydrate is the key that unlocks the potential of water as the medium for nutrient replenishment and waste removal at the cellular level. In a state of dehydration, body cells cannot assimilate nutrients and remove waste.

MegaHydrate intends to support “mega-hydration”, a key to healthy life. This product has antioxidant properties and can be very energizing.* It has been used to extend freshness of freshly juiced juices stored in your refrigerator.  (formerly Megahydrin)

Dr. Flanagan did research on the fabled water from the Hunza valley and found it contains massive levels of negatively charged hydrogen ions or “reactive hydrogen.” From this discovery he was able to develop MegaHydrate. Passing a charge through water produces increased levels of negatively charged hydrogen ions in the water (ERD, Electronically Reduced Water). Dr. Flanagan essentially found a way to capture that. Dr. Flanagan was considered one of the top ten scientists in the United States when he was only 17 years old! That was over 45 years ago. Dr. Flanagan is a strong advocate of raw-food nutrition and believes that the presence of reactive hydrogen in raw food may be the main scientific difference between raw and cooked food. Dr. Flanagan believes that we should give our bodies as much reactive hydrogen as possible.*

When oxygen in the body loses one or more electrons it becomes a free radical. Free radicals can roam throughout the body creating more free radicals. This cycle continues until the oxygen molecules are quenched with spare negatively charged hydrogen ions. These negatively charged hydrogen ions, can be found in raw, plant foods, colored plant pigments and some supplements: MegaHydrate.*

MegaHydrate has been shown to be many times more powerful than some popular thought of items containing antioxidant properties in helping to fight free radicals.* It can also be used in juices to extend freshness and preservation of the redox “life force” potential. One half a capsule can help juices when stored in the refrigerator.*

Suggested Uses: Take MegaHydrate capsules with water or food (on an empty or full stomach). You can open the capsule and sprinkle into a bottle of water.

Persons taking medications and those with known medical conditions should consult their physician before using this or any dietary supplement.

*These statements have not been evaluated by the Food & Drug Administration. This product is not intended to diagnose, treat, cure, or prevent any disease.